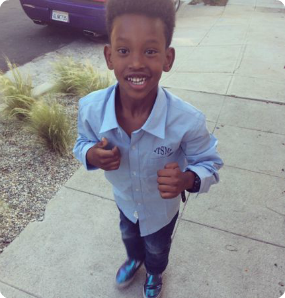 In October of 2008, Scott was on tour in Seattle and I was sitting at my dining room table working on my first memoir, when the number of our adoption agency flashed on my phone. We had been waiting a solid year since we finished the last of our paperwork. I picked up with a shaking hand. The voice on the other end said, “We have a beautiful ten-month-old boy for you….”

I opened my computer to find an email with two photo attachments, which I forwarded to Scott as I dialed his number. The blurry photos were of a gorgeous infant with dark, thoughtful eyes, a wide forehead, skinny legs and a face like one of the famous Ethiopian paintings of wide-eyed angels that adorn the ceilings of their churches.

I was smitten. I wore my little angel around my neck in a locket. I blew the pictures up and put them in every room in the house. I carried them around in my purse and shoved them in the face of everyone who would look.

“Look! My son! Isn’t he terrific? Isn’t he beautiful? Isn’t he clearly a genius?”

One day, I met my friend Joel for coffee and began our chat by enthusiastically foisting Tariku’s pictures on him. He oohed and aahed appropriately, and then he said, “I’m here for you if you need help. And you’re going to need help. For instance, someone is going to have to teach this kid how to handle the police.”

I thought he was being a tad hysterical. But Joel is a black man, and now, a few years later, as Baltimore is smoldering and I can’t look at pictures of Freddie Gray’s face without crying for that young man’s mother, I see that Joel wasn’t being hysterical. Not remotely.

Tariku is seven now, reed thin, goofy-toothed, adorable and all wild boy. He’s taller every day, all of his pants two inches too short because I can’t keep up with him. And as I watch him lope through the park like a gazelle, I think, How soon before he’ll be mistaken for a teenager? How soon before it’s not a mistake and he is a teenager? With every inch he grows, how much less safe is he?

This should not be a mother’s first thought upon looking at her growing boy.

That’s me, I thought—the mightily silent. I acknowledge my privilege, cry over pictures of Freddie Gray, make it out to a protest or two once in a while, read books by people smarter than me, retweet people more clever than me… It’s really not enough.

I’ve found myself stuck every time I sat down to write this past week– unsure how to write about Baltimore and unsure how to not write about it. For such a big mouth, writing about race doesn’t come easily to me.  I’m personally terrified and politically enraged about the brutal institutionalized racism in this country, but when it comes to writing about it, I feel overemotional and under-qualified.

Then I read this sentence from Kevin Powell’s amazing “Why Baltimore is Burning:”

“They know it is madness that so-called progressive, liberal, human-rights, or social-justice people of any race or culture have remained mightily silent as these police shootings have been going down coast to coast.”

That’s me, I thought– the mightily silent. I acknowledge my privilege, cry over pictures of Freddie Gray, make it out to a protest or two once in a while, read books by people smarter than me, retweet people more clever than me… It’s really not enough.

I joined some amazing women at a blogging conference this last weekend, including Kelly Wickham, Luvvie Ajayi, and Kristen Howerton (see: the people I often retweet who are more clever than me), and walked away feeling inspired. These women challenge me to read and write more about race. To reach for my own voice in the dialogue, even if I don’t have anything new to say. It’s not an originality contest, it’s about being counted. This is how I begin.

About the Author: Jillian Lauren is the author of numerous books, including her newly released memoir, Everything You Ever Wanted, that talks about parenting and adoption. This blog was originally posted on jillianlauren.com.