We are thankful for the adult adoptees who share their experiences to educate and support us as we learn how to parent our adopted and foster children well. This guest post highlights thoughts from a member of the Creating A Family online community who has been a consistent advocate for centering the adoptee in adoption narratives and accepting the adoptee’s whole experience. We need these reminders to “listen to it all,” not just the stuff that makes us adoptive parents feel good – or better – about our shared stories. 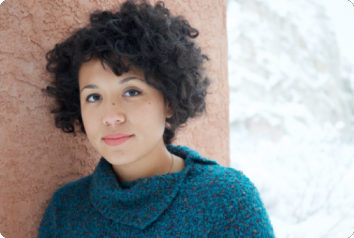 Why Must Adoptees be Grateful?

There is a well-known saying by the Rev. Keith C Griffith: “Adoption loss is the only trauma in the world where the victims are expected by the whole of society to be grateful.”

Quite commonly, adoptees are not only not allowed to feel any sense of loss surrounding their adoptions. Instead, they are expected to be grateful for adoption. There may also be, alongside that denial of their loss, a sense that they don’t have the same right to ask for things that others might ask for. That is to say, the two often co-exist in the adoptee experience.

When society discusses things like “nature vs. nurture” in terms of an adoptee’s development, the message conveyed is that nurture must overcome nature. This messaging can make the adoptee feel that his most core self is of little or no value. What is decent and good about him results from the nurture given to him by his adoptive parents.

It can be said that adoptees are also often adaptees. They are the ones in the new relationships with adoptive families who do the most adapting. For example, with international and transracial adoptions, adoptees are the ones who must move to a new country. They are expected to fit in: with a new family, to new sights, sounds and smells, to new foods, new habits and routines, and so on.

Many international and transracial adoptive parents have very few adaptations to make in their lifestyles if any at all. Granted, some do move to different locations to surround their adoptee with racial mirrors and increased diversity. Discussions about that choice to move are met with exclamations of how lucky the adoptee is to have what he has in his adoptive parents. The ideal adoptee is still often lauded as the compliant one in relationships, putting others before herself. It isn’t necessarily her parents who raise her to believe that others are “more deserving” than she is. But if she’s been raised to adapt and be grateful, she very likely has internalized that complying and “going along” is the way to be.

I think my parents did a great job raising me as a healthy adoptee, but I find that I have been guilty of “going along” myself. On the flip side, when I speak up in adoption circles to center the adoptee’s experience, I have been labeled as selfish and accused of not seeing “the other side” (that is, the adoptive parents’ side). As I’m learning, the truth is that often adoptees are expected to see the other side before our own experience is acknowledged as valuable.

Whose Best Interest Has Really Been Served?

Another aspect of society’s difficulty to center the adoptee experience is our post-war form of Western adoption. The institute of adoption has been built upon severing connections to create new ones. It’s as if our existence post-adoption is the only part of ourselves that matters to the whole of culture.

For example, the sealing of adoption records has been perpetuated more to make adopting parents feel safe and comfortable than with an eye toward the adoptee’s needs or even those of the birth parents. And currently, the fight for adoptees’ right to original birth and adoption records is regularly weighed up against whether it is in the best interest of the other members of the triad first. Are We Reforming Adoption or Reframing It?

I certainly think open adoptions are preferable to closed adoptions. There seems to be quite a broad definition of open adoption and varies widely per family, to be fair. Apparently, one can consider their child’s adoption to be “open” even if the birth parent(s) and adoptive parents barely know each other, have no contact, or if the child is not involved in the relationship. I have even seen “open adoption” to describe a meeting between birth parents and prospective parents before or during birth, with no contact after the child is adopted.

As an adoptee, I personally don’t think one can call an adoption “open” unless the child knows her birth parents. Those forms of “open adoption” seem to be a panacea for the adults (the adoptive parents) to ensure that the adopted child will feel nothing but happiness. These kinds of re-definitions — or wide-ranging definitions — seem to be part of a move away from real reform of adoption to “reframing” of adoption. It’s almost as if we are saying, “if we talk about it in positive terms, then everyone will be happy about it.”

The Danger of Rainbows and Unicorns

As a result, I am sometimes concerned that today’s young adoptees might feel like they are in an emotional straitjacket. I worry that they will hear the message that they must not have anything other than positive feelings about their adoption experience. When “magical thinking” and “destiny” talk is how we talk about adoption, the adoptee may feel even more obliged to feel nothing but positivity regarding her adoption story.

Yes, adoption may be warm, loving, and healthy. But leaving it there is an incomplete message. Adoption is also painful, rooted in loss, and challenging. To deny these feelings and conflicting experiences is a disservice to adoptees and to the experience of adoption for all. Creating a Family is grateful to adult adoptees like this guest author, who show us how to sit with both the hard and the good of the adoptee experience.

This article was originally published by Creating a Family on January 20, 2021. View original post here.