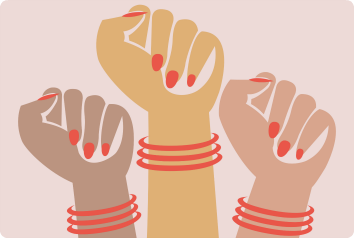 The relationship between adoptive parents and birth parents is complicated for a number of reasons, not the least of which is power or lack thereof.

Before the adoption adoptive parents often feel like the expectant parents “hold all the cards.” They and they alone get to decide who will parent their child. But after the adoption, the power position shifts with birth parents often acutely and painfully aware of their lack of power.

This imbalance of power adds even further complications to an already complex relationship.

In a discussion on the Creating a Family Online Support Group a birth mom commented:

I feel like I have to be as close to perfect as possible or they won’t let me be in her life… It sucks walking on eggshells… I wish I could be 100% transparent because I love [the adoptive parents] & think they’re amazing, but I’m just scared they’ll judge me.

Other first moms chimed in with complete understanding.

An adoptive mom encouraged the birth moms to be open with their child’s parents about how they feel. It was the only way she believed that the relationship could improve. She argued that these feelings of fear of being judged would become a self-fulfilling prophecy – a loop the adoptive parents/birth parent relationship could never get out of. She suggested that birth parents take the risk of speaking up about how they feel.

While this is great advice, it is much easier said than done.

At this point in the online discussion, an adult adoptee joined the discussion, and so beautifully summed up the nature of the relationship and why first parents are hesitant.*

I think the issue is more about the danger of taking the risk–because the possibility of never seeing their child again is what is at stake. It is a bit like playing Russian Roulette – 1 in 6 may not sound like a bad risk if one was using a paintball gun where the worst that could happen is that one would be covered in paint; whereas I think we are all agreed that hardly anyone in their right mind would play RR if there was a bullet in a real gun. It doesn’t matter that 5 out of the 6 times, one would be OK, it is the fact that the risk is so utterly high that it is not a risk worth taking whether it was 1 in 6 or 1 in 20 because if you’re dead, you’re dead – the risk will always be too high.

It can be similar for birth moms (and even adoptees) – sometimes the risk is so great that one just can’t risk it however small the percentage might be that speaking up could end in disaster. It is all very well saying to birth moms that they should be honest and perhaps the majority of time it might be OK but the risk is too great because what if they are unlucky and the adoptive parents do close the adoption? That is catastrophic because it may mean never seeing their child again, even as an adult – whether the possibility of the adoption closing is 1/2 1/6, 1/10 or even 1/20, the stakes may be too high for it to be worth speaking out.

A birth mom responded immediately with: “This is the perfect analogy to how I feel. And for the record, I wouldn’t play this type of Russian Roulette with a 1/100 chance of losing contact, …even if it means I have to be not 100% myself in my relationship with them.” I think it is incredibly important for adoptive parents to hear these words.  You don’t have to agree with them; you might argue that

…this is not what you want, or

…you don’t feel like you have power over anyone, or

…you feel like you need this power in order to be the best parent for your child or protect your child.

You may be right, you may be wrong, but this isn’t the point.

Stop for just a moment. Really stop. Imagine what it would feel like if someone held the power to prevent you from seeing your child for now, for 18 years, or maybe forever. It is almost too painful for me to imagine. who holds the power in adoption?

By the nature of adoption, adoptive parents have the power once the adoption is complete. In my opinion, this is as it should be. Adoption is non co-parenting, nor in most cases should it be. But with this power comes a heavy responsibility to wield it responsibly. We do this because it is the right thing to do, but we also do this because it is in our children’s best interest.

*Shared with her permission.

Originally published 01/08/2020 by Dawn Davenport on Creating a Family.