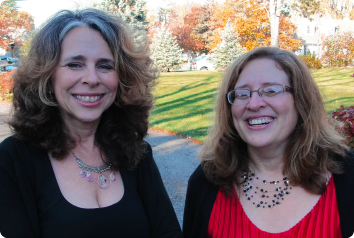 Tammy Makram’s and Liz Kellner’s first days of life garnered headlines in the 1960s as they would today. The full biological sisters were both abandoned during the holiday season, four years apart, stowed in a cardboard box and left for someone to find.

Fifty years later, the sisters are again attracting attention, this time with the moving story of their 2015 reunion. People Magazine highlighted their successful searches aided by genetic testing services 23andme.com and Ancestry.com, and Children’s Home Society of Minnesota. While Tammy and Liz tend to share the spotlight, all four sisters’ reunion hinged upon Abbie. In 1981, she attempted to find their common birth mother through Children’s Home. Because she was not abandoned, the adoption worker was able to provide helpful information, but no contact was made then. Years later, their other sister who had also been placed through Children’s Home, contacted the organization for search assistance, which facilitated an introduction.

Abbie recalled, “Our first meeting was at Children’s Home with an adoption worker since she was uncertain about meeting.” Abbie continued to trace her genetic history through 23andme and Ancestry.com following that meeting.

Liz also contacted Children’s Home for help but little was known because she had been abandoned. In 2014, she was given a 23andme DNA/saliva test kit. Upon submission, she began receiving daily notices of far-distant cousins. She was dumbfounded the day she received notice of a connection to Abbie. Emails, phone calls and ultimately, face-to-face meetings ensued.

Tammy’s search began in her 30s. Following a Saint Paul Pioneer Press story, Children’s Home staff fielded calls from readers but no one knew anything about Tammy’s birth and family. Discouraged, she suspended her search until 2015, when the television series “Unsolved Mysteries” aired her story. A viewer referred her to Ancestry.com’s genetic testing, which connected her to Abbie and circuitously to Liz.

“When I got the first emails, I wasn’t sure it was real,” she recalled cheerfully. “I knew it was real when I saw pictures of Liz and discovered our stories were almost identical.”

Liz and Tammy have quickly become close. They talk and message almost daily, as if they’ve known each other their whole lives. The relationship has helped them understand how genetics shaped them into who they are today.

They’re careful not to neglect their adoptive families, and to stress these new family members are an addition, not a replacement. “We were placed in these wonderful families, and love them very much.” Liz explained. “We’ve learned to respect that our excitement doesn’t always pass onto others.”

“We are grateful to our birth mother,” Liz said. “She gave our moms and dads the ultimate gifts – children. That had to be a hard decision but she did it for us.”

The sisters are also grateful to Children’s Home Society and its donors for turning their humble beginnings into beautiful lives and families.

Hundreds of adopted people contact us each year requesting our help. We’re grateful for your financial support, which makes this service possible and gives adoptees a greater sense of identity by learning about their biological families.

Hear More of Their Story

Tammy and Liz hosted a webinar with us this summer. We welcome you to watch the free recording of this webinar to hear how they navigated their search and reunion.

View “Finding Family: Our Journey of Search and Reunion”